“There’s something transformative about breaking your own cultural paradigm, stepping into the new place, and noticing that other people think in different ways.”

Pranoto Iskandar was expecting a dreary summer on campus reviewing English grammar before his first semester at Cornell Law School. Instead, the Indonesian lawyer found a vibrant community of international scholars with a common language—English—and a shared goal: succeeding at Cornell this fall.

“Being with people from all over the world has meant experiencing things I’ve only read about: cosmopolitanism, internationalism,” Iskandar says. “Students became more open to each other as we talked about our countries and shared, questioned and challenged our ideas in class.”

Iskandar is one of 38 undergraduates, grad students, and visiting scholars from 12 nations who enrolled in this summer’s English for International Students and Scholars (EISS) program. Among his fellow students: a labor law researcher from a Japanese university, an MBA student from Bulgaria, and a humanities undergraduate from France. Many—including Iskandar—are in the United States for the first time when they arrive on campus for the intensive, six-week Summer Session course.

“Students became more open to each other as we talked about our countries and shared, questioned and challenged our ideas in class.”

The EISS program, launched in 2004 and offered through Cornell’s School of Continuing Education and Summer Sessions, is designed to support international scholars who will be jumping into high-level academic and professional pursuits at Cornell in the fall. These scholars need advanced speaking, listening, reading and writing skills to succeed—and also a solid understanding of U.S. culture, professional norms, and classroom expectations and behavior.

“There’s something transformative about breaking your own cultural paradigm, stepping into the new place, and noticing that other people think in different ways,” says Mary Kathryn Redmond, the program’s director and associate chair of Romance Studies in the College of Arts and Sciences. “For so many students, EISS is their first landing in the United States, where they launch into using English with an international community—not just to answer a question for a teacher. They really use English to communicate.”

EISS sets international scholars on this path with daily skills classes taught by Redmond and five instructors in academic writing and reading, academic listening and speaking, and U.S. culture. The morning classes feature debates, student-led Q&As, presentations and group activities: countless opportunities for everyone to “talk, talk, talk,” as one participant put it. Afternoons and evenings are filled with one-on-one writing tutorials, lectures, special events and field trips.

“It’s all about building skills to boost confidence in their capacity to negotiate and to express themselves.”

“This summer, I had to give four or five presentations,” says Jiwoong Bae, a Korean heading for the Baker Program in Real Estate. “Our work has been very helpful preparation. I think the assignments are very much like my real courses in the fall.”

EISS instructors tailor class activities and campus outings—including specialized library sessions—to reflect the scholars’ academic interests. “We try to tap into students’ interests so they can activate real language use around their specialties,” Redmond explains. “It’s all about building skills to boost confidence in their capacity to negotiate and to express themselves. And that’s the thing that students all say they improve in most: confidence.”

Getting comfortable on campus and experiencing Ithaca and New York State are vital parts of the program’s cultural immersion.

Several participants agree. Shan Wang, a master of laws student from China, never studied abroad before coming to Cornell—and she admits she was worried. “Now I have more confidence speaking English,” she says. “That’s the most important thing, because when I get nervous, I can’t say a single word! The EISS program has definitely helped me feel comfortable speaking out.”

Karnsuda Oue-Amornrat from Thailand will be joining Wang at the Law School this fall. She appreciates EISS’s introduction to the American academic world. “The U.S. culture classes have helped me prepare mentally for the fall semester, I think. EISS has helped me feel ready for the future,” she says. 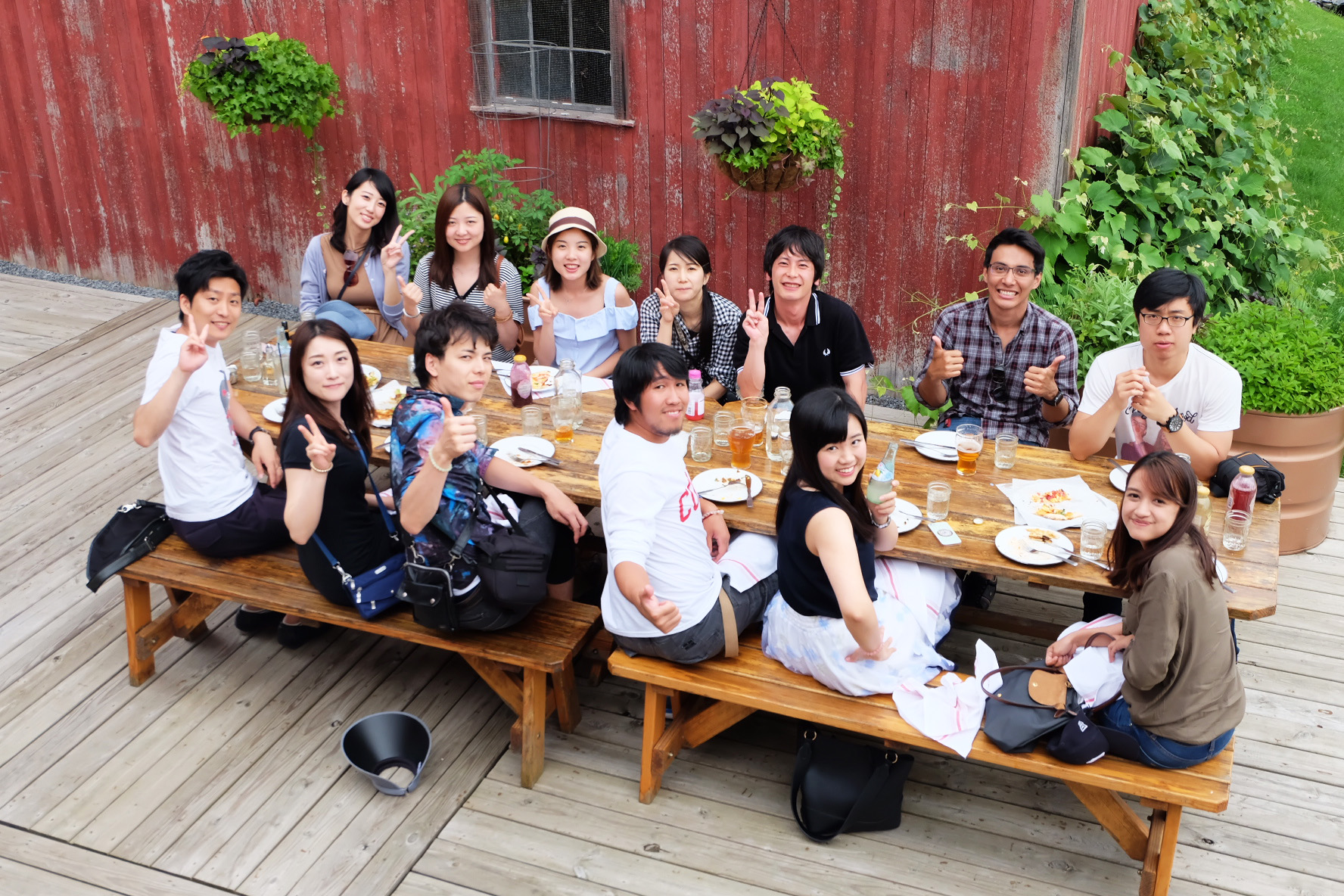 The EISS program fosters effective international learning and exchange, an important facet of Cornell’s commitment to global engagement at a moment when cross-cultural communication may be decisive. Pranoto Iskandar, the lawyer from Indonesia, has a professional stake in human rights issues and a keen eye on U.S. and global politics. As he looks forward to a year in Ithaca, he describes 2017 as a notable time to be at Cornell and in the United States.

“Cornell is proud of its liberal arts tradition, but also connected to the local community,” says Iskandar. “I’m interested in how to balance liberal ideals against real needs on the ground, especially in the current political atmosphere in the United States. Probably this will be a crucial chapter in American history.”